On sanctions, Syria and the INF: Putin spoke at the BRICS meeting in Argentina

Russian President Vladimir Putin during a meeting of the BRICS leaders on the margins of the G20 summit in Buenos Aires. November 30, 2018

MOSCOW, November 30th-RIA Novosti. Russian President Vladimir Putin took part in the meeting of BRICS heads of state held on the sidelines of the G20 summit in Argentina.


In his speech, the Russian leader raised the issue of sanctions, the situation in Syria, and the withdrawal of the US from the Treaty of medium and short-range missiles (INF).

Sanctions undermine the global economy
Putin criticised the practice of unilateral sanctions, stressing that they have a negative impact on international co-operation.

"We can only see that unfair competition is increasingly a substitute for honest, equal transnational dialogue. There is a malignant practice of using illegal unilateral sanctions, protective measures that bypass the UN Charter, WTO rules and other internationally recognised rules of law, "the Russian leader said.
All this, continued, "lead to the cut of business ties, loss of confidence among the participants in economic relations, destroying the very fabric of the global economy.

The Russian leader called on the countries of the BRICS countries to influence the creation of a fair system of international relations and to collectively resolve the intense problems facing the international community.
Russian President Vladimir Putin during a joint photography with BRICS leaders on the sidelines of the G20 summit in Buenos Aires. 30 November 2018

Priorities in Syria
Speaking of the situation in the Syrian Arab Republic, Putin noted that Russia intends to form the Constitutional Commission for Syria in Geneva as soon as possible.

"For the long-term stabilisation of the situation in Syria, it is important to promote a real political settlement process. To this end, Russia is working closely with partners in Astana: Iran and Turkey, "the Russian leader said.
Putin also stressed that the priority priorities to be resolved in the Middle East country are the restoration of the economy and infrastructure, as well as the creation of conditions for the return of refugees. It called on the partners of the BRICS countries to participate in humanitarian aid programmes.

The Russian leader also warned against flirting with terrorists and using them to achieve various geopolitical goals. He stressed that double standards and "compromises" are unacceptable in relation to these groups.

Stabilisation of the WTO
Putin called for the settlement of trade disputes within the WTO through dialogue involving all stakeholders.

He assures that Moscow will do its utmost to stabilise its organisation and further development.
The Russian leader also said that Tom BRICS members have every reason to seek to strengthen their influence in the International Monetary Fund.

According to him, a significant contribution to economic stability is made by the new BRICS Development Bank, which already finances 26 projects in the countries of the Union in the amount of $6.5 billion.
Russian President Vladimir Putin during a meeting with the leaders of the BRICS countries on the sidelines of the G20 summit in Buenos Aires. 30 November 2018

The US creates a risk for an arms race
The president said that Russia is concerned about the situation in the field of non-proliferation and disarmament.

"The possible resignation of the US from its obligations under the INF Treaty and the ambiguity in its position on the issue of the strategy
Offensive weapons will create dangers of an uncontrollable arms race, "Putin said.
He stressed that Russia believes in the fact that the BRICS countries will speak with one voice on this issue, which will mobilise the efforts of the international community in the interests of international security and stability.

The president called for every effort to maintain the Joint Integrated Action Plan (JCPOA Joint Comprehensive Plan of action) and to prevent a new round of tensions surrounding Iran's nuclear programme. 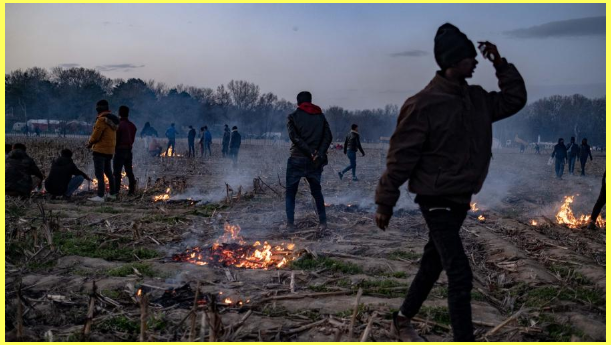